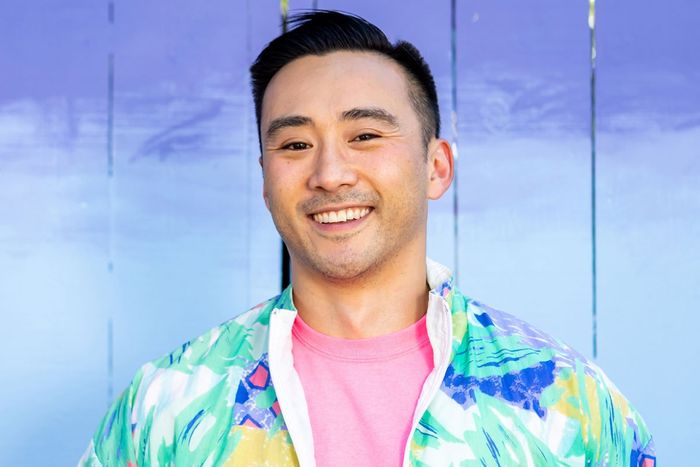 For AAPI Heritage Month, we hosted a special screening of ‘A Sexplanation’ as part of our AAPI Storytellers Festival. Director Alex Liu was joined by his co-writer Leo Neri and Kinema’s own Mia Vicino to discuss the increasing importance of free, accessible, and shame-free sex education. 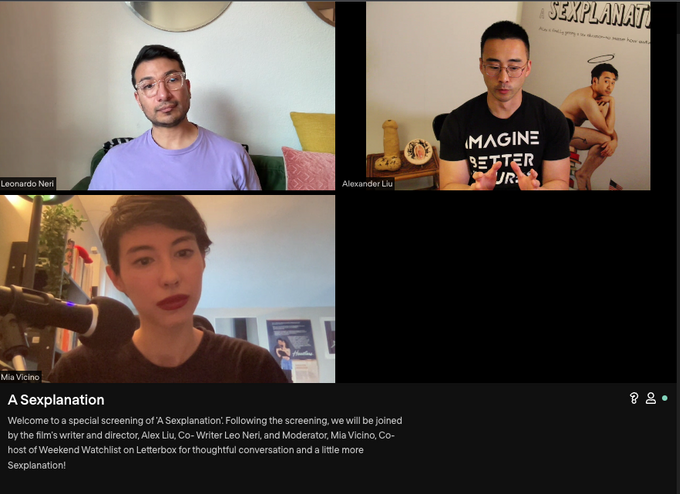 In the following piece, Alex provides some thoughtful context and insight behind the genesis of his informative and engaging documentary:

To right the wrongs of my all-American sex education, 'A Sexplanation' follows me on my quest to uncover naked truths and hard facts about sex—no matter how awkward it gets.

As a gay man, I've been blindly furious at the world since puberty. I was angry at politicians and priests who used homophobia to amass power. I was angry at schools that taught abstinence as the main moral good. I was angry at my parents who never sat me down to let me know I was ok until it was too late.
That anger was useful in my 20s to give me a sense of meaning and purpose as a health reporter. But by my 30s I was still angry—just unsustainably exhausted. After some therapy, it was clear this anger and blame was just a way for me to project control over what was really going on: I was still deeply ashamed of who I was as a sexual being. 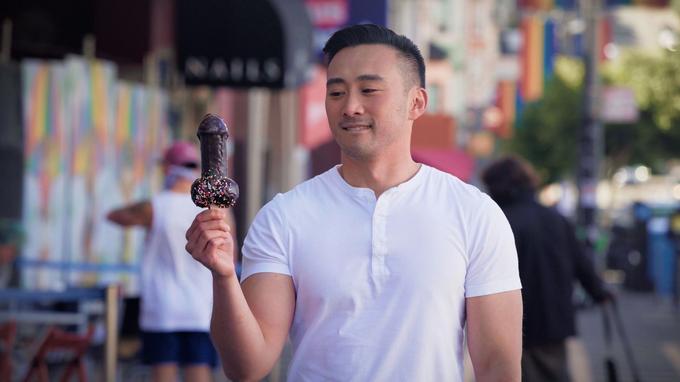 So I set off on a seven-year journey across the US and Canada to try and finally process all my deepest, darkest sexual shames and desires. From neuroscience labs to church pews, I spoke to psychologists, sex researchers, a Jesuit priest—even my parents.

The result is 'A Sexplanation', a comedic sex education documentary about the universal search for love, connection, and family acceptance. Gay, straight, asexual, liberal, or conservative—whoever you are and whatever you're into—the hope is that the film will leave you both smarter and happier about your sexuality. It turns years of self-loathing into something humorous to help us think through the ignorance, fear, and shame that hold us back as a species. And maybe after watching, you'll find the courage to take that first baby step to come out about whatever kink, quirk, or desire that makes you so beautifully, wonderfully, you.

'A Sexplanation' is available to book through Kinema, and is an excellent resource for sex educators, LGBTQ+ organizations, and anyone who wants to learn more about the liberating power that comes with understanding our bodies and sexuality.