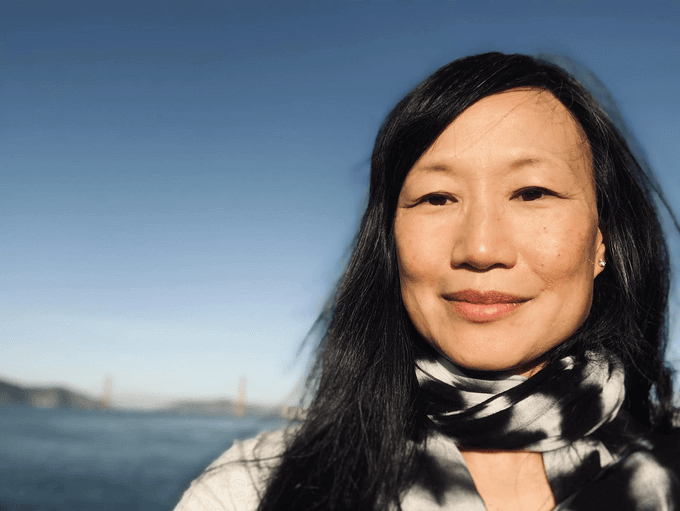 It's back to school season, which means it's also the season to watch 'Try Harder!', made by the amazing Debbie Lum, who wrote the following filmmaker profile.

High schools in America are experiencing an epidemic of stress. Even before the pandemic, alongside kids living in poverty, in foster care, or with incarcerated parents, teens who are “high-achieving” –  college-bound “smart kids” – were named “at-risk” youth because of exorbitant levels of conditions like anxiety, depression, substance abuse. These lead to long term mental health consequences that often show up decades later. High school has changed. Generation Z is stressed out.

When I started making Try Harder! I, myself, was trying to get my daughter enrolled in preschool in San Francisco. I had just released my last documentary, Seeking Asian Female (SXSW), a stranger-than-fiction documentary that explores the objectification of Asian women, and during these preschool applications I met parents, many of whom were moms and Asian American, all of whom were stressing out about how to set their toddlers on a path that would seal their brightest future – or one day lead to Harvard. Experiencing first hand the frenzy over elite college admissions that is gripping our nation at such an early start, I wanted to understand what was behind my own community’s obsession with academic excellence.

At first I began filming the social phenomenon of “tiger moms”, so-called immigrant Asian mothers who push their children to academic success at all costs. Then, our film team pivoted and re-lived high school over the course of several years in order to tell a story that captured the point of view of teens experiencing this pivotal moment in their lives. As I was researching the film, I spoke to principals and counselors across the Bay Area who told me no matter how hard their students worked, getting into college felt like a lottery. Their staff was on suicide watch as kids who excelled in class, extracurriculars, sports, volunteer clubs and anything else one could think of, were pretty certain their high school dreams would end in failure. When I met the students of Lowell High School, the top-ranked, majority Asian American, public high school in San Francisco, California – aka “tiger mother central'', I found myself surrounded by loveable students each with a story to tell, who far exceeded their reputation as competitive, stressed out, academic machines. With the incredible weight of the future hanging over them, I felt the students’ desire and need to have their stories told.

For in all the headlines and media about cheating scandals and alleged discrimination in top colleges, the student’s voice at the center of it is just barely heard. For AAPI students the need to shine a light on this story is particularly acute. 19% of Asian American students contemplate suicide and yet are three times less likely to seek help. Young Asian Americans have long endured soul-crushing labels like “the model minority”. They’re stereotyped as “nerds” or even labeled “smarter” than students of other ethnicities and ultimately dehumanized as “the competition” in a hotly contested educational space.

The diverse students we filmed illuminate an important story of race and identity in America that goes beyond a binary black and white divide. At Lowell, where the majority of students are Asian American in a school district where over a third are from the AAPI community, the Lowell story reflects the reality of America’s shifting demographics. Without three-dimensional stories that give voice to our changing culture, it’s impossible to navigate today’s mental health crisis in high schools. Ultimately, my hope is to take audiences on a journey through a scary, high-stakes college admissions process, to see the impact on our youth and hold up a mirror for reflection in hopes of inspiring change.

Host a screening of 'Try Harder!'