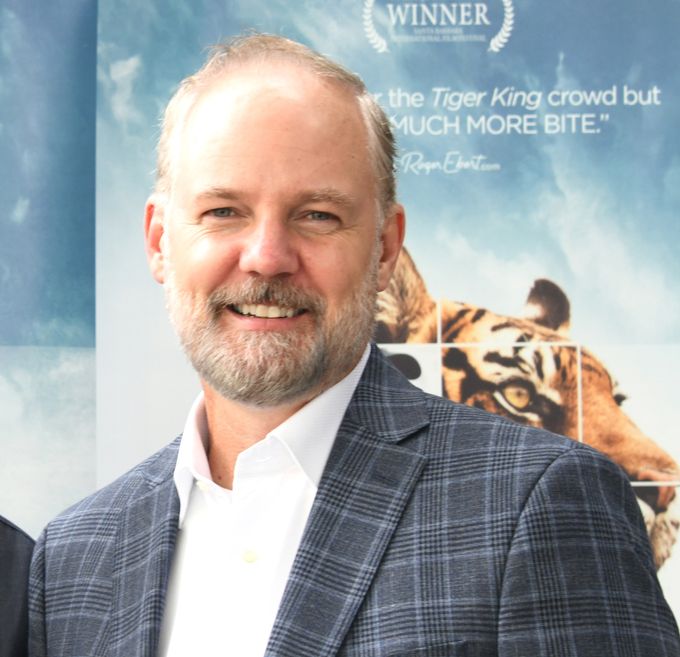 ‘The Conservation Game’ director Mike Webber is an award-winning filmmaker specializing in animal rights documentaries. Here, he discusses his beginnings in the industry, as well as the importance of making films that effect real change.

Like most people in the film industry, I dreamed of one day making a movie that would be seen on the “big screen.” Fortunately for me, that day came as I began co-producing theatrical films for a major studio. But after several years on my dream job, the silver screen lost its luster, as the films I was hired to produce lacked any real meaning to me and my work seemed to lack purpose.

Looking for an escape, I took a brief hiatus from fiction films to produce and direct a cinéma vérité documentary on the plight of captive exotic animals in the United States. Two years later, my passion project, 'The Elephant in the Living Room', released as the #1 independent film in the country. More importantly, the film had tremendous societal impact. It was humbling to experience firsthand the sheer power of this medium and its unique ability to effectuate change. I was hooked.

As revealing as the film was, I was actually holding on to an even bigger secret. During production, and while filming undercover with police officer Tim Harrison, we stumbled upon something so shocking that I decided not to include it in the film. Tim and I had come to believe that our nation’s most celebrated conservationists might actually be connected to the exotic animal trade.

Understanding the potential implications of such a bombshell and realizing that an extensive investigation would be required to prove such a claim, I decided to shelve the footage.

At the time, I believed that the problem would resolve itself, as more public and media attention came to the exotic pet issue, resulting in the passage of many new restrictive state laws. Unfortunately, I was mistaken, as I watched the problem grow and witnessed our television conservationists became even more brazen with their deceptive practices. Something had to be done.

'The Conservation Game' chronicles a three-year investigation into the heart of that very issue, casting a revealing light on a ruse perpetrated on the American public by our most beloved and trusted conservationists. It is my hope that, as a result of this film, we will finally experience a long overdue change in the entertainment industry by ending the public deceit and the exploitation of these majestic, endangered species.

Host a screening of 'The Conservation Game' today!