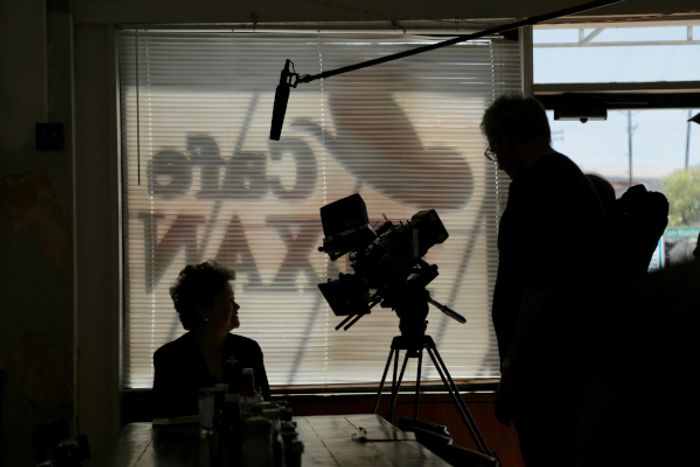 ‘The Phantom’ follows the 1983 case of Carlos DeLuna, a 21-year-old Texan man who was arrested for murder despite his ongoing pleas of innocence — all the way up until his 1989 execution. A haunting but necessary watch, this powerful documentary serves to expose the pitfalls of the flawed American justice system.

The following is Patrick's blog post about the making and impact of this groundbreaking movie.

I got involved/interested in making this film when the producer on my Wikileaks movie showed me an article about the amazing work Columbia Law School had done to prove an innocent man had been executed. It wasn't necessarily the politics that initially drew me into the story as much as it was that it seemed like a nightmare, a real drama, that only exists in a book, play or film. So, I was in..

And then, the more we dug the richer the story became — a really significant piece of history, rooted in the violence and prejudice that have marred that bit of southwest Texas for decades, but also something that could spur real change.

If Texas got the wrong guy, and an innocent man was executed —and based on what we discovered it certainly looks that way — then you can't have the death penalty, because that's a mistake you can't put right.

So, what do I want people to take away from the movie? Well, that's always a risky question, which turns ordinary directors into soapbox orators. So, clambering onto my trusty soapbox, here's my tuppence (as we say over here).*

Firstly, I hope the film shows that documentaries can be every bit as exciting as the best narrative, that people are endlessly fascinating, and our films should demonstrate that with plots that twist and turn, surprise and move you. That's why my DP's camera never rests, and why we take people to the places - the courts, the barrio, the alleyways - where real things, good and bad, happen, and the narrative keeps driving forward.

Secondly, never accept the agreed truth. Because what everyone thinks is true, can turn out to be very far from the case.

Be engaged. With the movie - argue it through, debate it with friends and family. I hate films that hand down a verdict as though it's a tablet of stone, that deliver one 'answer.' Life's not like that.

But above all, engage with society - what happened in Corpus Christi one terrible night in 1983 should never have come to pass, and the endemic racial prejudice that lay behind it, that blighted and blights the lives of ordinary Texans of Latino origin, needs to be addressed.

And lastly, sign the petition calling on President Biden to commute the sentence of everyone who is on death row. Ten major civil rights groups have launched it off the back of the movie - and just imagine if a film did - for once - spark a real change.

If you can’t make this upcoming Movie Monday, or you’re interested in sharing The Phantom with your community, the film is available for you to host a screening either in person or virtually!

Patrick lives in the United Kingdom*