For Hosts
For Filmmakers
Discover
Log in
Host Spotlight: Be A Hero

On September 22, Kinema and Be A Hero co-hosted a premiere screening of the newly released documentary ’Not Going Quietly’. 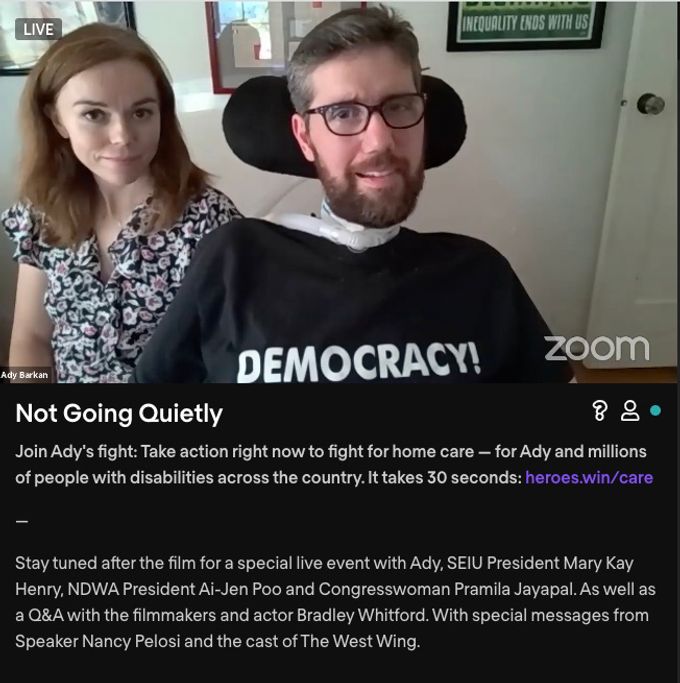 Thousands attended the virtual screening event that began with recorded messages from Bernie Sanders, Nancy Pelosi and more. The event ended with a live virtual conversation with star of film Ady Barkan, SEIU President Mary Kay Henry, and National Domestic Workers Alliance Executive Director Ai-jen Poo. Together, they discussed why funding home care programs is essential, both for families and for their caregivers. Rep. Pramila Jayapal took a break from negotiations to talk about where the fight for health care justice stands in Congress and reminded the audience how important it is for them to make their voices heard. 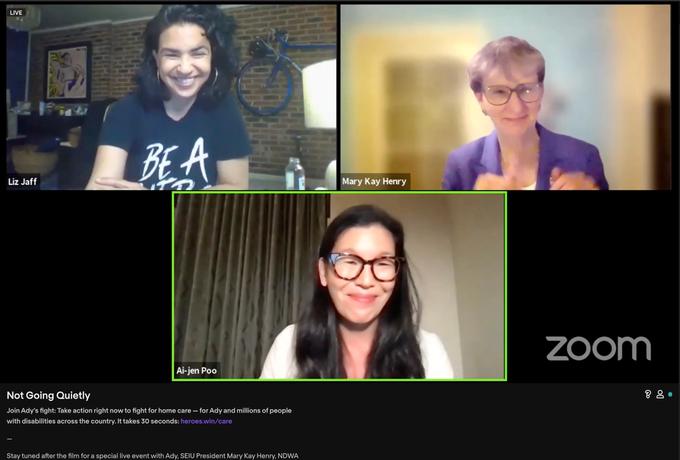 The event also featured a special message from Speaker Nancy Pelosi and the cast of the West Wing, followed by a conversation about the making of the film with Director Nicholas Bruckman and Producers Amanda Roddy and Bradley Whitford. The event concluded with an exciting announcement from Be A Hero. The team announced publicly for the first time that after an extensive search process, they found an incredible new Co-Executive Director in Jamila Headley. Jamila shared the powerful personal story that drives her work fighting for health care justice and a rousing call to action to join her, Ady, and the Be A Hero team in the future of this fight. 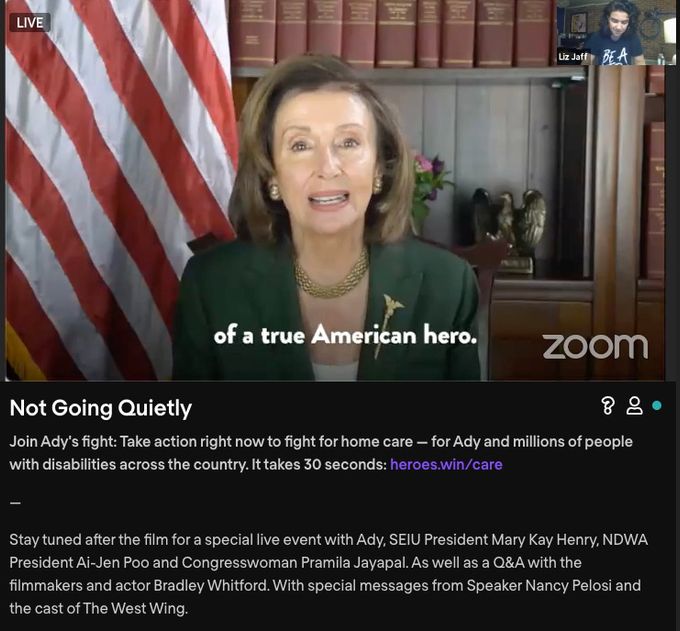 Right now, Be A Hero is fighting for Congress to fully fund vital home and community-based services, which allow seniors and people with disabilities to remain at home with their families, instead of being forced into dangerous nursing institutions. During the event, hundreds of audience members were inspired to take action to write their Senators in support of home- and community-based services — and you can take action, too, at heroes.win/care. 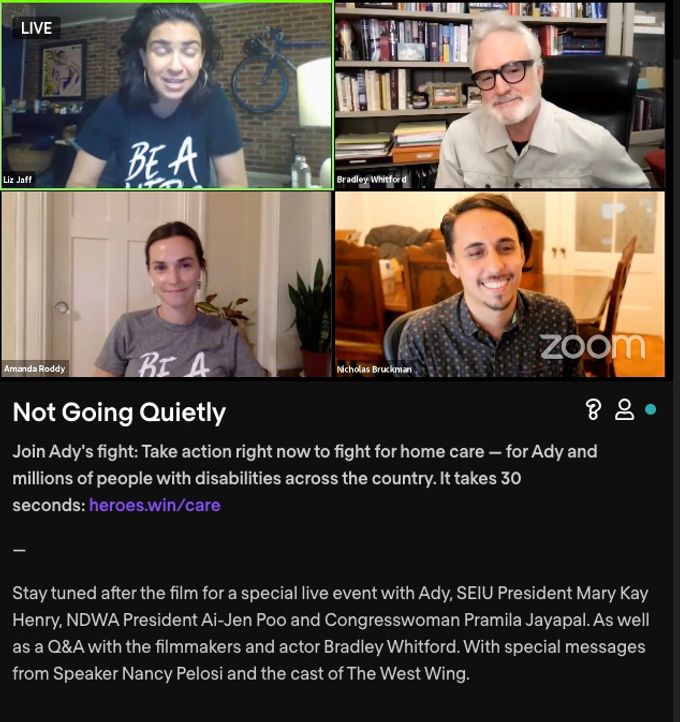 Below is a note from the director Nicholas Bruckman:

As a creator of both independent films and branded videos for progressive candidates and causes, my work straddles the intersections between journalism and activism, storytelling and propaganda, art and action. I first met Ady in the role of a commercial director, when I was connected to him to direct a short launch film for the newly-formed Be a Hero campaign. I flew to Santa Barbara for what I expected to be a somber shoot: an ailing father pleading with politicians to protect his health care. But immediately upon interviewing him, I realized that what he was doing was much more profound: reframing the tragic narrative of his disease into a political platform. With self-awareness and strategic planning, he was crafting the story of his illness into a movement that catalyzed other people into action and empowered them to follow his footsteps in confronting politicians with their own stories as a rallying cry.

The struggle for universal healthcare continues and probably won’t be resolved this year, but I hope that the film can be a tool for people who want to organize and want to tell their stories in a way that you see in the film and hold politicians’ feet to the fire — the ones that we elect — about their promises, and to use our people power to fight the corporate interests and lobbying efforts that we know are on the other side of this healthcare fight. I hope that all of the activists using their stories as a weapon to fight for a better world, feel seen in Ady’s story on screen.

Host your own screening of 'Not Going Quietly'